Riccione is the Green Pearl of the Adriatic. Our City is famous for its hospitality and hospitality, characteristics that make its identity, full of fun, always in step with the times, the perfect destination for your next vacation.

The emotions of Riccione

The beach of Riccione offers a unique show every day, a perfect organization, professionalism and the renowned welcome and sympathy await you to make you spend the deserved holidays of relax, well-being, sun and sea. Let yourself be carried away by the emotions of Riccione, enjoy your holidays, enjoy an aperitif at sunset, savor the breeze and listen to the waves of the sea ... close your eyes, this is Riccione!

The Riccione seafront has recently changed its face, a delightful walk that runs along the bathing establishments surrounded by greenery and in modern and elegant furnishings, a cycle path that allows you to move in total safety, an ideal place for those, who love jogging and don't want to give up to the morning run, illuminated by the first light of day. Riccione is the ideal destination for those looking for a wellness holiday. 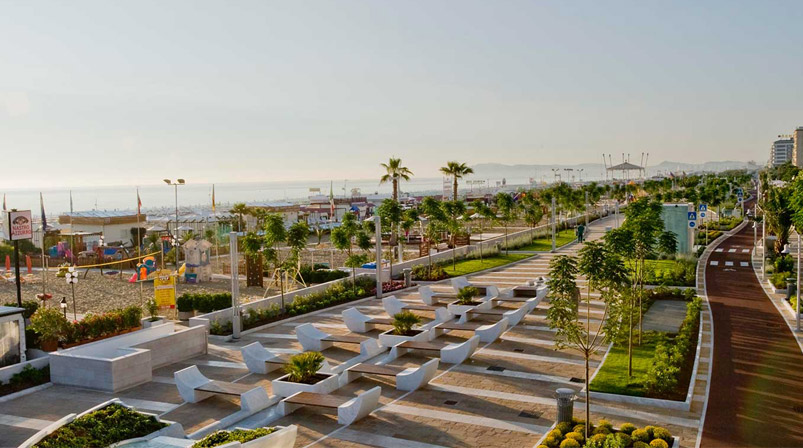 At the end of the 1800s it was a dusty, narrow avenue and its only function was the connection between Riccione Paese and the sea. In the early 1900s the first activities began to appear: the Hotel Amati, Teatro Dante, restaurants and shops. In the 1950s, the era of fashion began and Viale Ceccarini was soon recognized as the representative icon of Riccione. Along the avenue there is a statue dedicated to Maria Boorman Ceccarini, the benefactor who built the current Hospital of the city of Riccione in 1892. Today the Viale is pedestrian, in the stretch that leads from the Station to the sea, full of international brand stores, restaurants and hotels. 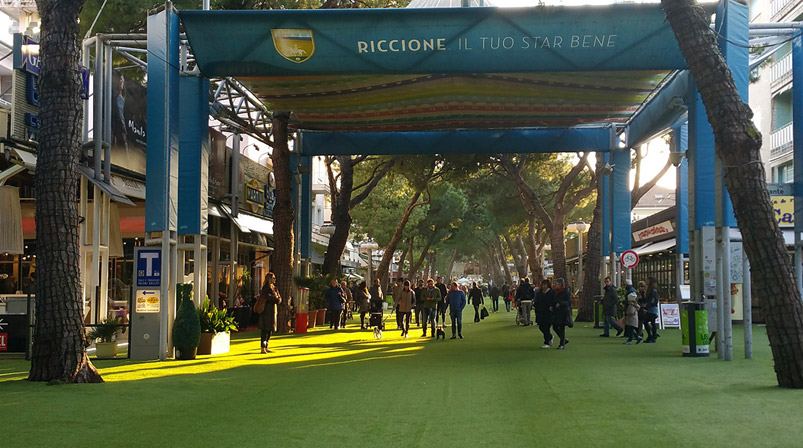 Piazzale Roma, is located at the end of Viale Ceccarini, a splendid and large area directly overlooking the sea. During the summer, thanks to its stage set up for every occasion, it hosts sporting events, concerts and shows. Unmistakable feature, the splendid "Il bosco della pioggia" fountain created by the artist Tonino Guerra. 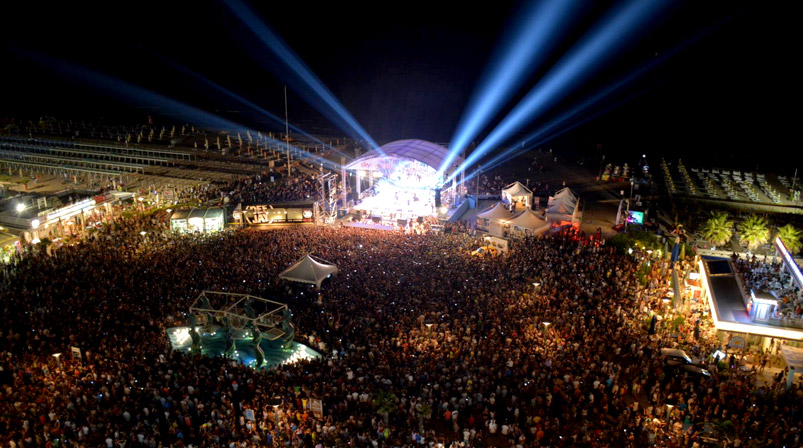 Virtual tour of the beach

Bagni Mauro Zone 78 has always been a point of reference in Riccione for those who want to spend a pleasant day at the beach, in total relax and serenity. We offer all that our customers need, multiple services enclosed in a pleasant place ... Discover them with the virtual tour of our beach at 360 °.